I promise for good reason.

I have no idea how I ever got signed up to receive emails on a weekly basis from an OBGYN doctor, but tonight I finally opened up her email and read it.  Aaron laughed tonight when I told him I never open her emails because the subject line usually strikes a cord with me and well I just don’t want to hear the truth.  The email I opened tonight was in regards to stress.  I have finally gotten to the point that I was open to hearing how to get control of the stresses in life.

I have kept thinking since Parker was born that “things would settle down.”  He’s two in February and after this Summer, I’m thinking I need to find a way to manage our family’s new ever changing “normal.” I’ve said it before, but self care has been difficult for me since we’ve moved, but with what we’ve had going on, I can honestly say that I have had no problem giving myself to our family…I’m just not sure how long that is sustainable without it having a negative effect on myself.

So to finally get to the point, this “email” doctor, that somehow knows me too well, suggested making time for small things that I enjoy and reflecting… so tonight is my first stab at getting some balance back in life that tackles two of her suggestions-writing.

The last thing I remember before things came to a halt was planning for back-to-school. I was once again excited for another chance to regain normalcy. I had a plan in place for getting back on track with exercising , a schedule for tackling soccer five days a week while still finding time to make home cooked meals and packed lunches for the next day.  I made it to the park for a few days, met a new friend who just moved to town and I remember vividly telling her I would be seeing her often since I was going to finally get myself back on track and in a more balanced life style.  I was excited at the thought of having a friend to see in town-I was building friendships!

Things changed at the end of that same week.  My husband, Aaron, had been suffering from back issues since July and was beginning to really deteriorate at the same time I was “getting myself together.” A month past with several trips to the doctor, chiropractor, and then a quickly scheduled back surgery.  Aaron and I felt confident in the doctor, plan for surgery/recovery. Within the week he was scheduled for out patient discetomy surgery.  We both felt like we could see a light at the end of the tunnel and that by Halloween we’d return to how things were before school started. Boy were we wrong.

Surgery day came. I’ve never been so anxious.  With the experience of my three month stay in the hospital on bed rest, I quickly came to the conclusion I was more comfortable being the patient than the loved one waiting to hear that everything went fine. I met the doctor after surgery, he explained Aaron’s disc was much worse than the MRI showed but that surgery went well. He told me that when they were ready they would have me come back to recovery.  I kept hearing “still working on comfort.”  Hoping it was me being impatient, I checked the clock  and it confirmed recovery was taking longer than expected.

I’m up pacing the floor at this point and then I stopped when I saw Aaron’s surgeon. I swear to goodness I was hoping he wasn’t coming for me. But he was. My stomach knotted up. Everything in my body became stiff. The surgeon informed me that Aaron was unable to feel anything from the waist down and that because of having to move the nerve a bit during surgery it was in shock and that it could take anywhere from weeks to months for feeling and ability to walk to come back.  I hung on the words that things would come back but at many times struggled to hold it together during our conversation.

For a super short version of a long story, Aaron was in the hospital for four days and then was transferred to another hospital for inpatient physical therapy for a week. THE LONGEST WEEK EVER.  I swear it took a village to get me and the kids through those two weeks.  I literally went into survival mode with all the running and trying to schedule sitters, run the household, and keep things feeling as normal as possible for the kids.  It wasn’t pretty either. All three kids came down sick at all different times, the back roof started leaking horribly, leak in the trucks tire that had to get plugged, I might have lost it a time or two, and rightly so because the list goes on.

But at the end of the day all that matters is Aaron is home. His body is waking up more and more everyday allowing him to do more, feel more, and get around better than the day before. While he experiences nerve pain, his back pain is gone, he’s standing up straight again and for that we are thankful.

Why is it when bad things happen our memory starts playing everything from the past? When hearing of Aaron’s complication from surgery, my mind wanted to retreat to every image of him walking in the door, working in the yard, dancing with me, and playing soccer with the kids.  Knowing those thoughts would only leave me in a puddle of useless tears I made myself stop. Those thoughts weren’t helpful to myself or Aaron and every time my mind would wander that way I would remind myself to not live in the past or future but to remain only in the present.  Staying focused on what was at hand was plenty to process without scattered thoughts from the past and questions of Aaron’s future that no one could possibly know without a direct line to God himself.

While our family has started to adjust to our new normal,  there are plenty of times where staying focused on the present, not the past or future,  is something I have to remind myself of.   We’re no longer in a short distance race, but rather a marathon. Aaron and I know from our past experiences together that soon this will all be a distant memory.  We are thankful for the extreme closeness we’ve gained between one another and appreciate the adjusted focus in our lives.  We trust God has all of this in his hands…and we find much comfort and peace knowing that.

There was an error retrieving images from Instagram. An attempt will be remade in a few minutes. 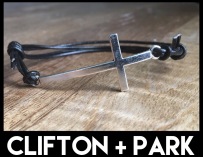 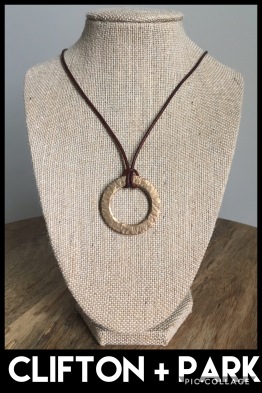